Epigenetics and its possible relation to hair loss

The following is a long segment of an article by Dr. Joseph Mercola posted on his website. I think that you might find in these paragraphs about epigenetics some scientific hints as to why hair loss may not be your destiny.

Why Your DNA Isn’t Your Destiny

You have had a long-standing deal with biology: whatever choices you make during your life might ruin your short-term memory or make you gain weight t or could hasten death, but they won't change your genes — your actual DNA.

The answer lies beyond both nature and nurture. Bygren's data — along with those of many other scientists working separately over the past 20 years — have given birth to a new science called epigenetics.

At its most basic, epigenetics is the study of changes in gene activity that do not involve alterations to the genetic code but still get passed down to at least one successive generation.

These patterns of gene expression are governed by the cellular material — the epigenome — that sits on top of the genome, just outside it (hence the prefix epi-, which means above). It is these epigenetic "marks" that tell your genes to switch on or off, to speak loudly or whisper. It is through epigenetic marks that environmental factors like diet, stress and prenatal nutrition can make an imprint on genes that is passed from one generation to the next.

But the potential is staggering. For decades, we have stumbled around massive Darwinian roadblocks. DNA, we thought, was an ironclad code that we and our children and their children had to live by. Now we can imagine a world in which we can tinker with DNA, bend it to our will.

It will take geneticists and ethicists many years to work out all the implications, but be assured: the age of epigenetics has arrived.

Epigenetics is probably the most important biological discovery since DNA. And it is turning the biological sciences upside down.

Now that we realize our fate is not sealed at the twining of our double helix, we avail ourselves to a whole new world of possibilities. There are things we can do to change our genetics, and therefore our health.

But beware -- these changes can be good or bad. It works both ways.
You can improve your genetics or you can damage it.

In fact, you ARE changing your genetics daily and perhaps even hourly from the foods you eat, the air you breathe, and even by the thoughts you think.

You are the "caretaker" of your genetic roadmap.

The problem is, once you understand that there’s something controlling your genes -- that they don’t control themselves but are controlled by epigenetic coding that tells them to be expressed or not expressed -- which is completely controlled by your environment and lifestyle -- it just blows everything out of the water!

For many years we were secure in our beliefs that, no matter what we did to damage ourselves in terms of poor lifestyle choices, it only affected us. Our children would be born with a genetic clean slate.

But now we are learning that this is not true, and epigenetic changes can be passed down for many generations. Each of us has far greater responsibility than we ever imagined!
In the words of Dawson Church, author of The Genie in Your Genes: Epigenetic Medicine and the New Biology of Intention:
"It’s not what we don’t know that hurts us--it’s what we think we know that isn’t true that hurts us."

Epigenetic "malleability" helps to explain why identical twins become distinct as they age.

As you age, your genome does not change but your epigenome changes dramatically, especially during critical periods of life, such as adolescence. It is influenced by physical and emotional stresses -- how you respond to everything that happens in your environment, from climate change to childhood abuse.
The secret is in the methyl groups that overlie the DNA molecule, which is the realm of the epigenome.

When a gene is turned off epigenetically, the DNA has usually been "methylated." When methyl groups adhere to a segment of DNA, they inhibit the gene’s response.

You do not manifest disease merely by a defective gene, but by your epigenome. In other words, whether or not you develop disease is determined by how your genome is being directed to express itself. There are also "master genes" that can switch on and off clusters of other genes.

Scientists have discovered it is easier to make epigenetic changes than to fix damaged genes. Your epigenome is easier to mess up -- but it’s also easier to fix.

Epigenetic therapy, which is essentially the curing of disease by epigenetic manipulation, involves changing the instructions to your cells -- reactivating desirable genes and deactivating undesirable ones. This emerging field, now in its infancy, may represent the future of medicine.

I think that the condition of your hair might be related to health habits. People who regularly eat junk food, don't exercise, and live a stressful life don't usually have great hair as they get older. Of course there are many exceptions to this pronouncement. I've seen some old men who live on whiskey and cigars with luxuriant hair. Maybe it's the clean air of the Arizona and Nevada deserts that keeps these guys and their hair healthy. In general, though, at least in the big cities, bad hair seems to accompany bad health habits. But people with good health habits often have great hair. I know people like these. The ideas incorporated into the epigenetics theories might explain why this is so. 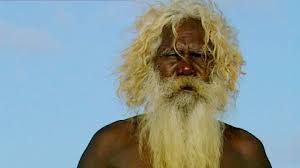 Old man of the desert